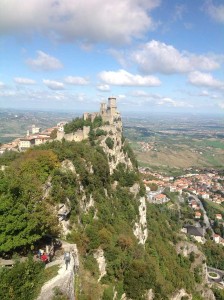 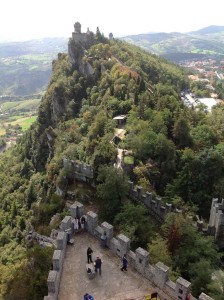 San Marino is the third smallest country in Europe after Vatican city and Monaco. There is information now taking the small community back to 301. Though its independence was not recognized by the Papacy till 1631. It remained neutral through both World War I and II.

The little country sits high above sea level on top of a rugged hill off the coast of the Adriatic sea. It is located between Italy’s Emilia-Romagna and Le Marche regions.

It is known for its steep rock faces, impressive castles and changing of the guards in Piazza della Liberta in the summer months. The colourful event happens half-past every hour. 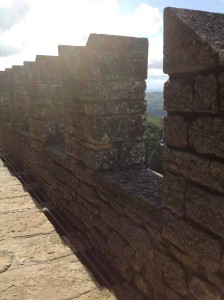 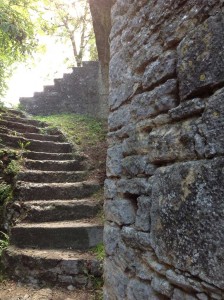 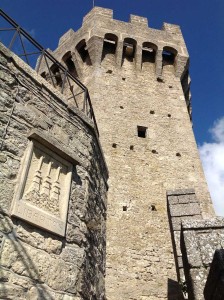 The stone work amongst the castles walls, towers and gardens is grand and impressive. 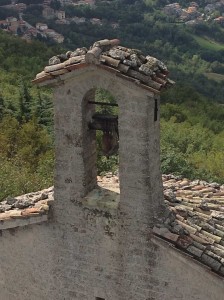 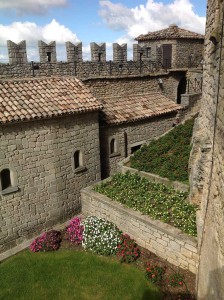 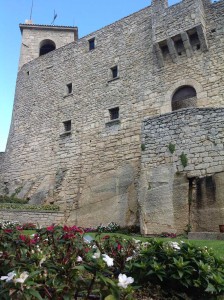 There is several shops for tax-free shopping, lovely restaurants for dinning and cafe’s serving delicious Italian coffee. There is beautiful greenery, wooded trails and stone benches where you can remove yourself from the crowds, share a picnic and enjoy some peaceful time. The independent state operates its own postal service and has its own stamps. You can send home a postcard and purchase a stamp in one of the shops, dropping it in one of the white mail boxes before leaving. The main museum is the State Museum, displaying historical exhibits and art work. There is a Ferrari museum at the base of Monte Titano. Other attractions include a museum of torture, waxwork and weaponry. 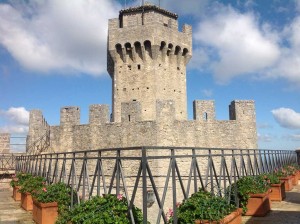 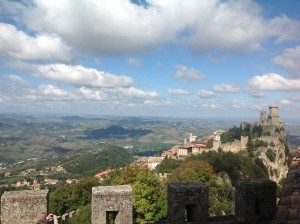 The two spectacular defensive towers are the Rocca and Torre Cesta. It is possible to purchase tickets to climb the towers reaching remarkable viewpoints, see defences and view a few weapons. 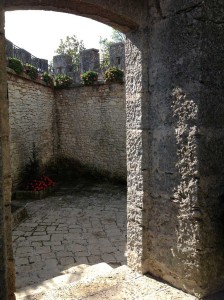 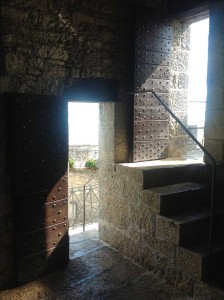 The views from the top of San Marino are unbelievable. The coast line of the Adriatic sea is in sight and other villages and fortresses lie within the green rolling hills and hill tops. 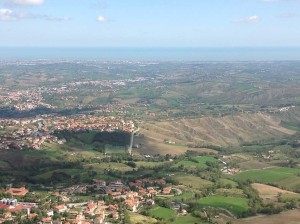 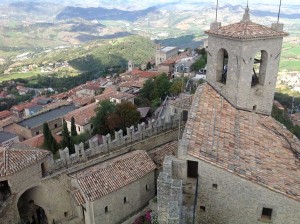