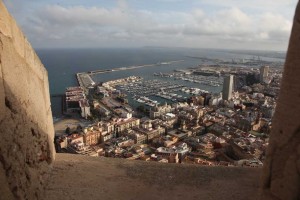 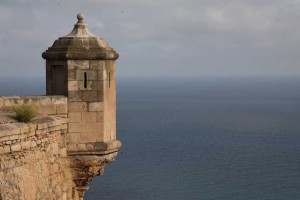 Sitting along the Costa Blanca coastline in the Mediterranean is the port city Alicante. Valencia is known to be inhabited for over 7000 years, being home to many different religions. The coastal city is popular for its warm summers and mild winters. The area averages no more than 20 days of rain in the entire year. Every two years the famous Volvo ocean race begins its adventure of sailing around the world from Alicante. The Castle of Santa Barbara sits on top of Mount Benacanti looking over the thriving city below and the endless views of the Mediterranean Sea. The Castle is one of the cities main tourist attractions and important structures. It dates back to the 9th century during the Muslim ruling, having been occupied by several different religions over time. It has been used for military purposes and sometimes used as a prison. It was opened to the public in 1963. You can drive or hike up and down the mountain. You can also enter the long tunnel into the mountain from the Paseo Maritimo. The tunnel will lead you into the center of the mountain, there an elevator will take you to the top of Mount Benacanti, exiting on to the Castles grounds. The views looking over the city below and out to sea are stunning from this view-point. 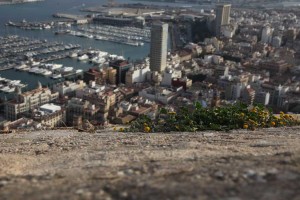 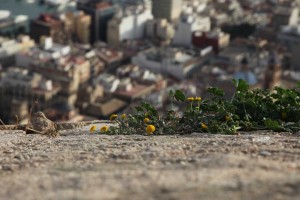 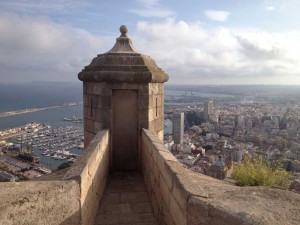 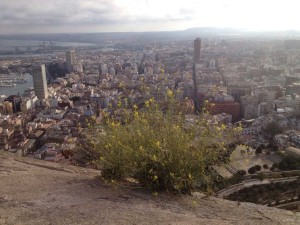 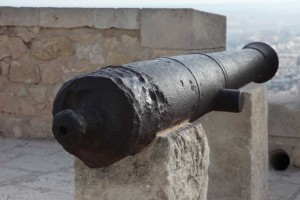 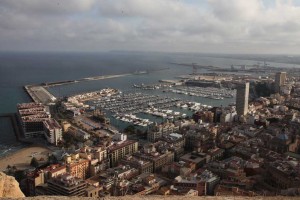 The popular bull ring, is The Plaza de Toros. Locals and tourists gather to the bull ring to watch bullfights. It was built-in 1849, yet has been restored and enlarged. Inside you will find a museum of bullfighting and a bullfighting school. 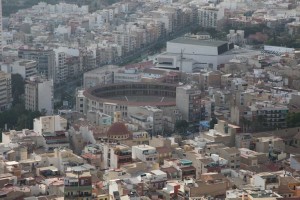 The oldest church in the city is Iglesia de Santa Maria. It was built between the 14th and 16th century. It was the main mosque during Moorish times. There is several important pieces of art work inside the church, along with great stone work. The Cathedral de San Nicolas built-in the 17th century is an important building in the city. The reason being, St Nicolas is the patron saint of the city.

The Explanada, is a very long walkway embraced by palm trees and benches that run along the seaside and Alicante’s harbour. Here you will have a variety of fine dinning options, fast food stands, huts filled with a variety of different items to buy, entertainers and a stage for outdoor concerts. You can easily access the main shopping street, several more restaurants, cafe’s and bars by walking in land off the explanada. Rambia is one of the main shopping streets, though there are several boutique style shops throughout the streets.

Alicante’s harbour has been very important to the city. Over centuries it has imported and exported products, once being the port of Madrid. Today it is used mainly for fishing vessels, cruise ships, pleasure boats and several sailing schools and clubs.  The Casino is located in the Alicante Marina, along with more cafe’s and restaurants. 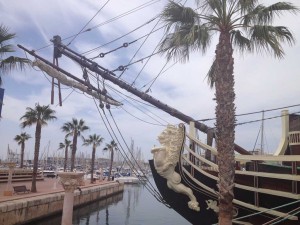 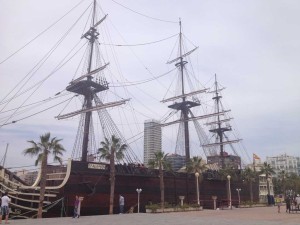 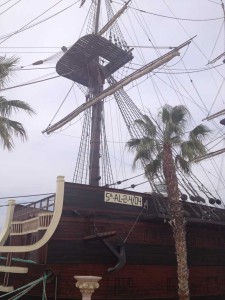 It is not hard to find a restaurants that will serve up the popular Spanish dish “Paella”. 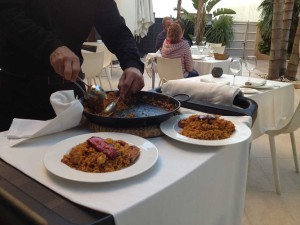